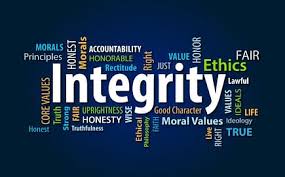 One of my core values is Integrity.  However, somedays I wonder if I compromise those values.  Is it ok to look the other way when someone is saying or doing something that doesn't quit "fit"?
The other night I was in the mood to watch a movie.  After searching for what felt like about 10 minutes, I "settled" on one that I thought I would like.  The opening scene was filled with violence, and then the familiar actor opened his mouth.  I couldn't believe the words he was using.  One of my friends said to me, "You have to just overlook that, you obviously haven't been around kids...that's the way they talk now."

I have been "around kids", and the one's I'm around don't talk like that.  Should I really look the other way? Or just pretend it doesn't bother me?  And if that's the case, what else should I overlook?

Somewhere along the line, me included, we don't have the patience with other people that we once had.  When someone has an opinion different from ours, it's OK.  They are allowed to have a different opinion.  What we aren't "allowed" to do is call each other names.  I know that sounds grade school, but when someone doesn't agree with us, it should start a healthy debate, not a boxing match.

And before you email me because you don't agree with this post, just remember...This is just my opinion! 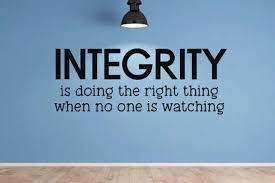 I Thessalonians 5:14 And we urge you, brothers, warn those who are idle, encourage the timid, help the weak, be patient with everyone (NIV).