I'm sure, unless you are one of the Golden Girls, you will remember the popular TV show of the same name, rather than the group of crazy women who banded together once a month to keep our sanity.  We have been friends for more years than I am willing to admit.  We brought our pocket calendars, and set the next monthly "Golden Girl meeting." To be honest, I don't remember how many years we did that either.  What I do remember is a few times the management came to our table and asked us to tone it down, because our laughter was bothering some of the people sitting close to us.  But that was our purpose, for an hour and a half, once a month we "brought everything to that table." We talked about problems with our kids, our parents health issues. Later we discussed the "empty nest syndrome."  We attended each other's childrens weddings, and sometimes bridal or (grand)baby showers.  We eventually talked about the issues our parents were having, and finally dealing with the death of our parents.  Today, as Golden Girls, we are reaching out to each other, just as we have for so many years, even though we are scattered over the county, to say good-bye to Ellie.  Ellie finally moved to the head of the line.
In addition to being Golden Girls,  Ellie and I were best friends.
When I first learned that she had a stroke, I did what I always do.  I started praying for complete healing and asking the Lord to heal her body.  Over the next few weeks, the Golden Girls reached out to each other for "updates from Steve (her son)."  Rather than accept the fact that this stroke was a major game changer for Ellie, I focused completely on the last conversation I had with her.  She called to tell me that her family, was planning a vacation to Florida, "probably not until next year." She went on to say, "I could stay with you and maybe we could get together with the Golden Girls one more time." Absolutely!  We laughed about old ladies being asked to leave a restaurant because we were too loud.  I focused on the thousands of memories I have with Ellie, rather than focus on the fact that she was not getting better.  Her son Steve was amazing, in that he kept us (Golden Girls) aware of what was happening with our precious El.
I reflected on that last conversation when she said, "I'm gonna try to loose about 50 pounds before we head to Florida."  That statement is only significant to another Golden Girl, because Ellie was always "going to lose 50 pounds by the week-end,  before vacation I need to lose 20 pounds,  I started a diet yesterday."  But then she would order "diet coke, and supersize everything!"
When Steve let me know that she had passed away, it was a mixed blessing.  At that point I knew she couldn't survive, and she had been in so much pain, and was so frustrated, I knew I had to let her go.  However, it wasn't until Steve text her "final arrangements to me" that it all came tumbling down around me.
I knew if Ellie could see me, she would have laughed at me, at my tears.  I think in all the years we knew each other, I could count on one hand the times I saw Ellie cry.  She was a strong person, but she saw herself as weak.  She was kind and genuine, but she wasn't sure people accepted her.  She was faithful and loyal to her friends and family. She was beautiful, inside and out, but she always thought of herself "as fat."
You are at the head of the line Ellie.  It's up to you to make the arrangements for the "next Golden Girl reunion."  We'll all be there with you, sooner than we know.  I remember over the years, Ellie didn't like any public show of affection, such as a hug when we were leaving each other.  However, in the past ten years we never hung up the phone without saying "I love you."  The last time I saw her she actually let me hug her! She knew each of the Golden Girls loved her too.  She loved almost everyone.
I'm sad I can't call her and read this to her, however, I know she had no doubt that I loved her to pieces.
Rest in Peace my precious loyal and loving friend.  Rest in His arms, until we get there! 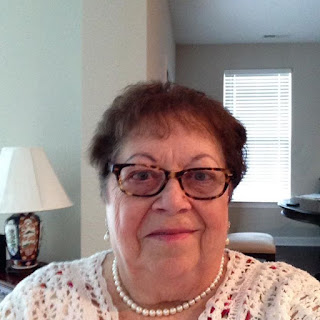 Posted by Kathryn Neff Perry at 9:17 AM

Thank you for this beautiful tribute to Ruthie. You have captured the ensense of her as only a true friend could.

I am so happy I found this blog. It would of been a life saver a few months
ago. Thanks