Several weeks ago, during his morning message, our Pastor stated, "Freedom isn't free."  I have heard that expression for so many years.  As I get older, that phrase means more to me than ever.  That morning Pastor Jim asked, "How many of you have someone in your family who is, or was in the military? I would like you to stand." I stood to honor my Father, my Aunt, Uncle, my Husband and my son.  He added, "don't just look at me, but turn around and look at all the people who are standing."  I turned around to see what he was talking about.  I'm guessing more than half of the congregation was standing.  He hesitated, and I sensed he was overcome by what he was seeing too.  Some of those men and women did not come home.  He asked those who lost a loved one while serving in the military to remain standing.  Our church is small, by comparison, however there were more people standing that I realized.  It did not have to be an immediate family member, but someone in their family or extended family.

When I learn about someone burning the flag,  I literally see red.  Or when I see on the news, people protesting something, anything, I often wonder why they stay in this country...if they were living in another country they would be punished harshly, maybe even killed for voicing their opinion, positive or negative.  I am always amused when Jessie Waters (Waters World, Fox News), randomly interviews people on the street.  He asks people to identify a picture of someone one.  One day he chose Nancy Pelosi. The people he interviewed had absolutely no idea who she is.  I remember one occasion when Waters asked a person why she was protesting, her answer...because it isn't right! When Jessie probed a little further, he asked, "what isn't right?"  She said, "stuff, all this stuff." Hmmm, I guess that clears it up.

I know the 4th of July was several days ago, but I can't get the image of the people left standing, who have lost loved ones, fighting for that very flag people are burning, or protesting.

I don't know about you, but I will fight to the death to fight for my country. I will always stand for my flag, and I will continue to kneel at the cross.  I think some people just have it backwards. 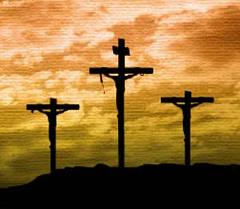 Posted by Kathryn Neff Perry at 9:20 AM